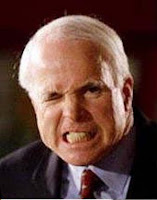 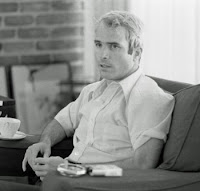 I used to LOVE John McCain. The heroic, principled maverick who did what he wanted to because he thought it was the right thing at the risk of losing personal power.

Well, maybe it was all a figment of my imagination. That image dissolved when I read that one of McCain’s primary differentiators to Bush – his fiscal policies – had eroded.

So I was forced with a painful, wrenching decision:

OPTION #1: Stay embroiled in the past….the facade…the delusion…that he would do the right thing, regardless of partisan power plays. That reality felt SO good. It let me believe what he said. It enabled me to vote with conviction. Gave me a glimmer of hope in the human race.