I knew something just wasn’t quite right when I observed the downfall of the musical instrument.

It seemed to be an unfortunate extension of the same trend that has us no longer lathering our soap, pulling the paper towel or turning the sink handle as part of that handwashing ritual of yesteryear. As we kiss our motor skills goodbye, we also seem to be letting go of something on the cerebral front:

“Humans evolved with amazing navigational abilities in our brains from an evolutionary perspective,” said Eric Schmidt, Google’s chief executive…..Neuroscientists have discovered that people who have occupations that require them to maintain complex mental maps of the world, like London taxi drivers, have an enlarged hippocampus.

What happens when our hand-held computers become extensions of the way we think?

…With this sort of map it is possible to see a three-dimensional view of one’s surroundings, including the annotated distance to objects that may be obscured by buildings in the foreground. For starters, map-based cellphones simply translate paper maps into a digital medium, but future systems will probably begin to blur the boundaries between the display and the real world….

“I have wondered about the fact that we might as a culture lose the skill of mapping our environment, relying on the Web to tell us how to navigate,” said Hugo Spiers, a neurobiologist at University College London. “Thus, it might reduce the growth of cells in the hippocampus, which we think stores our internal maps.” 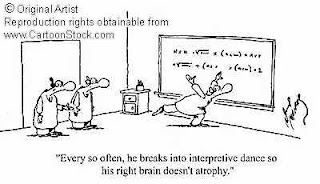