A quick Google search on “Pinterest growth” emits the latest Silicon Valley effervescence (yeah, recommended Googling that too ;). It’s true that rarely a day passes when I am not notified of at least 2 or 3 new “followers” on the service. And for some reason, I feel compelled to “follow back” out of courtesy. At least, I used to. Now the follows come so furiously that I’ve lost track.

Which feels like Google+ Deja Vu All Over Again. After the whackamole frenzy of adding G+ Followers my own Circles, I also soon stopped, exhausted and scratching my head at why it was even meaningful.  But Google was quick to assure the world that in its first month, it attained 40 million users.

Um, and…what is usage? Turns out this can constitute simply clicking +1 at the end of any story. Because this feeds back to your Google+ page, this means you are a Google+ “user.” At least, to Google+ and the blogging that perpetuates these frothy myths.

Back to Pinterest. Despite claims that it’s “2012’s Hottest Startup,” I’m hard-pressed to be impressed. Like Google+, its users are dramatically skewed towards one demographic (male engineers in G+ case, and women in Pinterest’s). But I could stand teh imbalance if the actual significance merited the jubilee. But even some bubbly articles with titles like “Holy SMOKES! Pinterest is the fastest-growing site ever” also include disqualifiers at the end like, “Users aren’t spending that much time at the site — about 90 minutes a month, compared with 7 hours for Facebook.”

No matter: it’s far more fun to just talk about numbers in abstract; even if out of context, stats make for some sexy infographics. Like, “Over 1/5 of Facebook Connected Users are on Pinterest Daily.” Does this  mean the server that hosts my (primarily untouched) Pinterest boards is sending server hits back to this count? And “Daily Users have Increased by 145% Since the Beginning of 2012”. Same question as before and added to that is, what was the baseline at the start of 2012 anyway? Let’s never forget the so-impressive “Raised $37.5M in funding since October 2011” stat in our list of business fundamentals.

The final straw that eliminated any last ounce of credibility I held for the service was when I learned that Pinterest is “quietly” making money from affiliate revenue. A partner fittingly called “Skimlinks” has helped it create a scheme where Pins that are clicked send an affiliate fee from the content provider straight to Pinterest.

So, in addition to lots of fluffy usage numbers, Pinterest is hiding how it’s benefiting from the (few?) women actually taking the time to post stuff to their boards.

Well, at least it’s not ALL women.

But…really…is there any reason we don’t use metrics like DAU and ARPU here? Tell me I’m missing something… 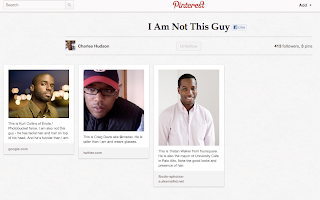 I’d Pin this if I trusted the service more…