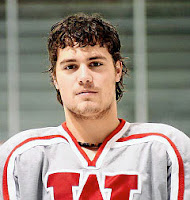 In another depressing election year, you have to LOVE this man….sigh…..

There is some seriously WEIRD FUCKIN SHIT goin on up in here!!!

So I get off the plane in Minnesota and the first thing I know some creepy old dude who smells like my grandma is gettin up in my grille. I am totally goin to give him a righteous beat-down and then I see it’s that John McCain dude from TV who’s always approvin his fuckin message.

So I give him this look like, “Don’t get in my face or I will SERIOUSLY fuck you up,” and dude looks back at me like, “I’ve ate Viet Cong bigger than you for breakfast.” So I like totally back off. Dude, if I’m gonna get fucked up no way am I gonna get fucked up by someone older than Larry King.

Things go from weird to fuckin WEIRD AS ALL SHIT as I get like the totally evil eye from Bristol’s old man Todd who looks like he wants to shove an oil pipeline up my fuckin ass. Shit, I said I’d marry her, what the fuck is wrong with you, dude??? Back off or I’ll fuck you up.

So I TOTALLY try to stay out of the way of Bristol’s mom, who looks like she’s gonna go medieval on my ass, like do me way worse than that trooper she got canned. For a minute I feel like I am TOTALLY GOING TO SHIT MYSELF, but than I think of thoughts to calm me down, like that time in middle school when I fucked that guy up who tried to fuck with me.

Dude, the one thing I don’t like understand at all is why Bristol’s mom even WANTS to be fuckin vice-president and all. Right now, being Governor of Alaska and shit, she could totally invade Russia if she wanted to. It’s that fuckin close.

With all this crazy shit going on I didn’t even like get a chance to talk to Bristol. I wanted to ask her how her summer was, shit like that, but every time I opened my mouth that McCain dude gave me another look like, “You say word one and I will rearrange your fuckin face you fuckin piece of hockey shit.” So I don’t say a fuckin thing.

Gotta go now. One thing’s for sure, dude – when this week is over I am totally getting wasted!!!!!

L to the J