Often I encounter a turn in a movie where I simply can no longer suspend disbelief and, consequently, part ways with the entire movie. Few top-of-mind examples:

V for Vendetta. When the Masked Man’s cave is exposed, the absurdity of the whole pretext of the film suddenly becomes clear. The scales fall from my eyes. It’s over.

The Kite Runner. 2 scenes conspire here: First, when it’s revealed that the childhood friends are really brothers (=”Luke, I’m your father!”). Second, when the one offending Taliban character they encounter in the entire city of Kabul just happens to be the same tormenting bully antagonist from childhood. Statistically astounding! Again = over.

And now, this same intolerance threshold just kicked in for Facebook, my once-beloved platform of self-expression.

The trigger? A friend invite from Phil Ting. When I saw the invite, I KNEW that name was familiar. A college friend? Work?….and then I realized: none other than ….the San Francisco City Assessor-Recorder!

I think Phil realizes that, like the meter maid, a letter from him is never fun. So he’s trying to make up for it by a Facebook Friendship? I don’t think so.

It was a beautiful thing while it lasted, Facebook. But I think it’s over. 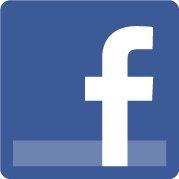