“It is a tale told by an idiot, full of sound and fury, signifying nothing.”

Traditionally I’ve been a huge LinkedIn fan. I opened an account its first year, and my unique identifier attests that I was actually the 148th account (you’ll see “1348” buried in it, and the first 1200 were test accounts, my executive friend assured me).*  I felt so strongly about the value of the service that I agreed to participate in the “Friends of LinkedIn” group that the management uses to highlight testimonials of the success that the network has brought; they even featured me among 100 users when they reached 100 million members in 2011.

My role has never been self-serving insofar as I don’t run a recruiting agency or a consulting firm advising people how to use the site (etc. etc.). I took up the LinkedIn banner because I’ve truly believed in the service’s ability to accelerate connections and transactions in unprecedented ways.

Sadly, however, I think its value is rapidly diminishing as it fills the site with so much noise that the signal is being drowned out.

It started with the ability to list Tweets in the feed, which itself was clearly a simple adaptation of Facebook’s feed, as are the ability to “Like” people’s developments and posts. In fact, I haven’t seen many features that were innovative by LinkedIn. Soon so many Tweets by hyperactive users of the service clogged my feed it became useless. Mercifully Twitter put an end to that this year — and while LinkedIn tried to put a happy face on it, it was a hardly a product or user experience decision initiated or made by LinkedIn. Additional ads, features and solicitations have been stuffed into the same UI. It’s a busy, crowded and quite unpleasant experience driven by the public markets rather than the users.

Then this September, after years of simply cluttering up the same user interface (and by years, I mean 9…which by most brand standards is insanely long…and thus in the web world is an eternity) with features swiped from other services, came the coup de grace: “endorsements.”  They serve as the ultimate proof that LinkedIn is no longer about its users, but about patrons, real and potential. Rather than a true recommendation which requires thought and context on the part of the recommender, “endorsements” (quotes not to go away) consist of a series of pre-suggested categories placed in front of your contacts who are asked to react with a click and voila, you are “endorsed”! The result? An endless stream of clicks and “endorsements,” resembling a game of roulette which entails simply seeing, reactively clicking, and immediately getting more suggested categories from other contacts to reactively click through.

So sadly, the LinkedIn experience has now degenerated into a meaningless, endless cacophony of “endorsements” (quotes will not go away). I now enter the site with trepidation, typically only in response to a “real” desire to connect and search for specific information I’ve pre-determined I need. In short, it’s become the same morass that I felt whenever I clicked on MySpace: go in quickly and surgically, and exit as quickly as possible.

The motive, of course, is to “build your social capital” by touting the numbers of endorsements you have. Here’s the lamentable elaboration on this rationale I received when I raised my concerns in the Friends of LinkedIn group:

Someone I would consider to be of “social media influence” brought up a good point regarding endorsements. She believes LinkedIn will eventually have data indicating who received the most endorsements for certain skills in specific industries industry and live in specific geographical areas.

Do you see where I’m going with this? She thinks LinkedIn is building lots of data with our endoresement <sic> clicks that will be used in the future.

If that’s the case, than I encourage everyone to endorse me for LinkedIn, as I am the most influential LinkedIn trainer in the hospitality industry, and I would love for the LinkedIn data to show just that.

In short, this HR (surprise) professional advises us to react to this thoughtless and irritating experience by…using it MORE (and, of course, endorse his too ;). Not because it provides us value, but because we can feed some entity-to-be-named-later with “data” that somehow will serve to our advantage.

Of course, this is ultimately unfortunate as the original intent and function of LinkedIn was quite good. But its decline makes me yearn for an alternative. I hope that soon its network effect power will be countered by real value.

*2021 POSTSCRIPT: whoa my friend’s original URL that I’d linked to 8+yrs ago in the start of the above post now redirects to a person not even three degrees from me overseas. Unsettling. 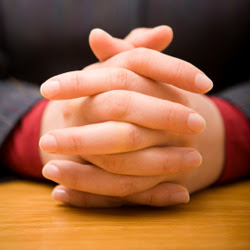 “Gentle suggestion to job seekers – if you respond to a job eagerly and then fail to follow-through on simple requests for information, it doesn’t reflect well. If you have a change of heart on a position, just be up front about it, don’t be passive-aggressive and just go off the radar. Unless of course you’ve been hit by a truck in which case it’s understandable.”

Once I got beyond the Jewish mother memories this invoked, I quickly concluded two things:

1) Perhaps more frequently, the word “seekers” can be replaced with “posters”

2) The entire job search process is just so danged assymetric. It’s a gentle jig of information-sharing. Does the side of the table with the most uncertainty depend on the state of the market (i.e. supply & demand of labor)? Why does it have to be such a guessing game?

The whole dance of information disclosure and timing is, as I often say, dating on steroids: the ultimate in inference. I’m SO glad I’m not actively ‘dating’ anymore. But it was a precursor to finding something sustainable. Must the job search process always be the same for a thriving career?

I’m searching for other paradigms.

Last month I noted – dumbfoundedly – how certain people make use of the LinkedIn professional networking tool. I subsequently published a counter-example because I was so heartened that all people are not, in fact, utterly clueless.

And this week I received a message which not only restored my faith in human discretion, but serves as a hallmark example to those who struggle with how to respond to someone else’s unfortunate circumstances.
It is, in short, to be emulated. As such, it also bears publishing.

Subject: Hey Diane,
Just noticed that you are no longer at Schwab. I’ve got quite a few connections in NYC, SF, LA if you are looking for something, just let me know I’d be happy to poke around for ya.

Although having some time off, I’m sure is fabulous! 🙂

And on this note, I officially end my own job search. Hallelujah!