How fun is it to hear new music…new takes on cellos…and lyric-tailored tunes! Thank you CelloJoe for this spin instructor gem! I learned the value of this Standard Operating Procedure from a colleague of mine at Schwab. It entails never pushing back regardless of how unreasonable the request, and only later surfacing the constraints. That way you become the invaluable go-to person and never get pegged as a naysayer.
This morning I embraced the SAN SOP when I agreed to join my friend’s running group.
Let’s clarify: I run. I just don’t do “endurance” runs. But, I figured, how hard can a little extra distance be?
Only in the car – en route, committed – did John throw out these remarks:
Smile And Nod. Smile And Nod. No problem!
But, in merciful face-saving fate, the Running Demon of Sun*Sans*Shade led even the “ultra” runners to condescend to their own humanity and join me in stopping at various points along the way.
So really, I am just like them. I could do a 50K in my sleep. Dreams, that is. 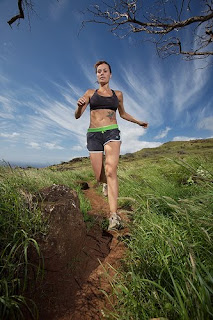 This is not me.